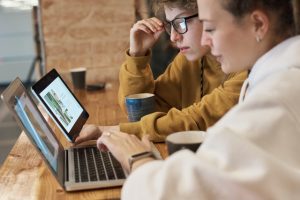 Many companies have understood this with the health crisis, the French are very aware of the dangers caused by pollution and are determined to protect their health. They will turn away from any business that does not display the values ​​of respect for the dignity of life. Focus on the attitude to develop.

Eco-Responsibility As A Mark Of Differentiation

Renowned companies in France wanted to invest in the concept of eco-responsibility. The famous Société Générale bank launched its carbon neutrality program in 2007 and has since reduced its CO2 emissions by imposing an internal carbon tax. It consists of taxing the businesses within the group according to their CO2 consumption, at a rate of 10 euros per tonne. This policy, which generates money for the group, then made it possible to finance ecological initiatives within the company. Société Générale is one of the first green companies in France since its action dates back more than ten years. Thanks to it, the group saved 95 million euros and 38,000 tonnes of CO2 were avoided. This example makes it possible to establish the correlation between the rise of these practices and the economic gain generated. Contrary to popular belief, practicing an eco-responsible policy is not an economic loss for a company. Investing in such practices can be financially complicated, but generates long-term profitability. 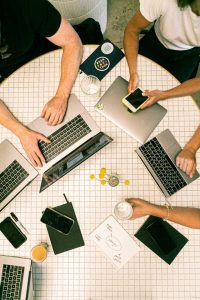 Eco-innovations are proof of this, they have succeeded in playing their own “fair trade” side and have been able to convince. For several years, car brands have been launching into the electric market in France and abroad. The American brand Tesla has stood out in recent years thanks to the production of electric sedans. Elon Musk has understood and won over consumers and the brand is on the rise. Several sectors are affected by this expansion. The renewable energy sector is booming. It is trying to eliminate greenhouse gas emissions but the fossil fuel market with its very low rates is slowing its growth. This economic reality can in fact slow down companies from embarking on eco-responsibility.

Abuses To Be Regulated

Some companies have understood this well and are abusing it. This policy will harm their image in the long term. These for the sake of communication benefit from the eco-label without being eco-responsible. Called “green-washing”, this dishonest practice among consumers seems common. In Mexico City, for example, a new airport is trying to be known as carbon neutral! A detail which does not necessarily impact the market but which can break consumer confidence. To promote innovative companies around renewable energies, the ENGIE company has launched calls for projects with its ENGIE Lab site.

No comments to show.