Every company has the dream of being innovative and of having the idea of ​​the century to become the company that will be cited as the model company. But we should never be content with only envying the leaders but to put everything in place to become one. The company must constantly renew itself and be on the lookout for new ideas to develop its creativity that will allow it to stand out from other companies. How to boost your innovation and creativity to be a force for proposal? 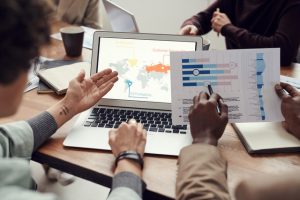 Always Write Down Ideas, Wherever You Are

Whatever medium you choose, write down the ideas (paper notebook, mobile notebook, etc.) that come to mind to avoid forgetting them because, in the midst of your many occupations, they will go and bury themselves at the bottom of your memory.

Do Not Try To Classify Your Ideas

Write as you go without ever rejecting any idea or idea of ​​innovation that comes to your mind. Never be selective at first because if you had to find an idea to implement, you will refer to your notes and it is only then that you will classify them. But even then, it won’t be about rejecting a single idea. A misguided idea in one context can become a relevant idea in another.

Observe The World Around You

The creativity and innovation demand as the famous Leonardo da Vinci to ask the most extravagant questions and if I could fly! How many people have dreamed of going to the moon, of having water flowing freely instead of pumping water, of having light at night, of being able to move without taking days to go from point to point and some have achieved it through the fruit of their imagination and their skills. So do not hesitate to write down even the most extravagant ideas but also the means to achieve them. How to do ?

Those who let their minds wander often manage to create creative and original works. Contrary to popular belief, dreamers can quite achieve immense feats. They manage to come up with more new ideas than others because of the very evasive nature of their minds. It is often observed in children who express their imaginations aloud without restraint and without taking into account the eyes of others or their judgment. They arrive with a simple cardboard to create a fantastic world. However, we are all grown-up children! 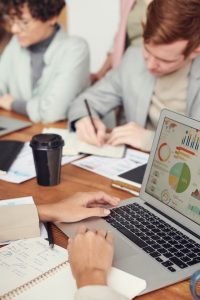 Knowing How To Take Time For Yourself

Anguish, anxiety, stress linked to environmental contingencies undoubtedly limit our capacity for reflection. In order to avoid their harmful effects, take time, go to a show, go for a walk in nature, get out of your daily environment because nothing is more conducive to the development of ideas. Staying locked in an office all the time is a source of blocking your creativity. Before designing any work, get in touch with the outside world. To find better inspiration, working outside your working environment can be a reliable and very effective way. And then travel! Being confronted with other universes, with other conceptions shows us that the imagination of humans is limitless.

No comments to show.